WHAT IS DRUG ADDICTION?

WHAT IS DRUG ADDICTION? 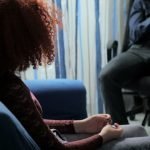 Drug addiction is a disease. By looking at the symptoms of the disease, we can make a diagnosis of the disease. A person is addicted when the use of alcohol, drugs and other mood altering behaviors like gambling, sex, work, etc. causes major problems in ones life. Family, jobs, marriages, school and social lives are affected in a negative way. Other people in an addicts life are affected; conflict is inevitable. While many people in active addiction are dishonest, deceptive and use diversionary tactics, they are part and parcel of addiction; they need to keep the extent of their problem hidden.

Drugs interact with the brain and body to alter moods, emotions and behaviors by changing brain chemistry and a person’s perception, and by impacting how individuals interact with the world around them. The more often drugs are used, the more they impact the brain chemicals. This can lead to drug dependence and withdrawal symptoms when the drug processes out of the body. Drug cravings, dependence, withdrawal symptoms and the loss of control over use are signs of addiction.

MARIJUANA
Marijuana is the most regularly used illicit drug in Canada. When abused, impaired motor skills, mood alterations, distorted time and sensory perception, decreased memory, trouble thinking clearly and solving problems are all common side effects (There is a possible link between marijuana use and the onset of psychosis and psychiatric disorders like schizophrenia in those who are genetically vulnerable)

SYNTHETIC CANNABINOIDS
Synthetic marijuana also known as Spice acts on the brain in a similar fashion to marijuana but to a greater extent.

HEROIN AND PRESCRIPTION OPIOIDS
Heroin and prescription opioid drugs like OxyContin (oxycodone), Vicodin (acetaminophen/hydrocodone), fentanyl, methadone and Dilaudid (hydromorphone) bind to opioid receptors in the brain and trigger the release of dopamine. They are considered highly addictive and almost a quarter of heroin users in Canada will suffer from addiction to opioids. Heroin is considered a fast-acting opioid, taking effect nearly immediately making it extremely addictive. A tolerance to it may have a person take even more of the drug to feel the desired effects. Thus, dependence forms rather quickly and overdose is all too common.

COCAINE, METHAMPHETAMINE AND OTHER STIMULANTS
Cocaine, methamphetamine (meth) and prescription amphetamines, such as those to treat attention deficit hyperactivity disorder (ADHD) like Adderall (amphetamine/dextroamphetamine) and Ritalin (methylphenidate) are classified as stimulant drugs. Cocaine and meth, especially, produce an intensive high as they rapidly flood the brain with dopamine. Stimulant drugs are extremely addictive due to the way they impact dopamine levels.

Regular cocaine abuse can lead to paranoia and negatively impacts functions in the central nervous system, causing hypertension, convulsions, strokes and death. Meth has similar effects on the brain and central nervous system and may not reverse all the negative brain changes incurred by meth use.

BENZODIAZEPINES
Benzodiazepine drugs are prescription sedatives and tranquilizers, such as Valium (diazepam), Ativan (lorazepam), Xanax (alprazolam), and Klonopin (clonazepam). These drugs are prescribed to treat anxiety, to release muscle tension and as sleep aids. They are commonly misused and can lead to extreme confusion, impaired reflexes and coordination, coma and death.

These drugs have such an impact on the central nervous system and brain function that they should not be discontinued suddenly once a dependence has formed. Instead, they are generally tapered off gradually. Medical supervision is required for safe withdrawal.

LSD, PCP, KETAMINE AND HALLUCINOGENS
Hallucinogens are unpredictable and affect each user differently. They are not considered to be addictive but abusing them, even one at time, can have lasting and damaging effects on the brain and body.

Many alcoholics and addicts have been accused of selfishness, of choosing their behaviors for a reward or pleasure, since that portion of the brain is targeted by drugs and alcohol has often been called the reward or pleasure center.

The family is very affected by the disease of addiction because the addict will violate so many boundaries to get his or her drug of choice. Often they cast aside job, family, health, marriage and their notion of a Higher Power to get to the top of their survival pyramid – their drug of choice.

The disease of addiction, like other diseases, is chronic and organic. It cites the brain as its target organ. It relapses. It remits. Its cunning, baffling and powerful. but treated on day at a time, lasting recovery is the promise for each and every addict afflicted. All that is required is that they have the willingness to take the first steps.

For help:
Take the next step and book your session with DHP. Lazzaro Pisu in Vancouver, today, Call 604 202 7938.
Lazzaro is dedicated to help your mental health. Contact him today.
Therapy From Anywhere. In-Person & Online.