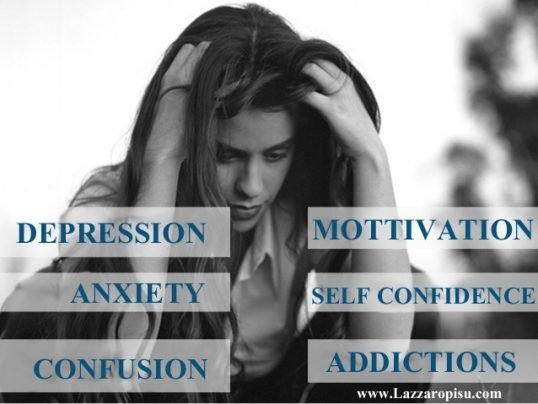 Adolescence is a challenging time for everyone, but it is particularly difficult for girls. There are over 20 million teen girls in the US and every one of them struggles at least some of the time. Although there is a significant number who face serious issues such as drug and alcohol abuse, pregnancy, or eating disorders, the majority face more everyday conflicts. But just because they are common does not mean they aren’t serious. Adults tend to forget how tumultuous the teen years can be. Here’s a quick reminder of the most common teenage girl problems and a few suggested solutions.

Changes to her body (and all that goes along with that)

The pre-pubescent body of a girl is not all that different from a boy’s, but once puberty kicks in, everything changes, and quickly. In the span of just a year or two, girls develop breasts and hips; they put on weight; they grow hair in new places; they start to have body odor; their skin breaks out, and they begin to menstruate.  These physical changes bring a host of emotional and social challenges. She feels enormous self-consciousness about these changes, and she isn’t entirely wrong when she feels like everyone she knows is looking at her. She quickly learns that women are judged by their appearance and the pressure to conform to others’ expectations grows exponentially.

Life is an emotional roller-coaster

The external physical changes are accompanied by a surge in hormone production which triggers intense emotional swings. Feelings of self-doubt and low self-esteem emerge from the challenge of living in an increasingly unfamiliar physical body. Anxiety and depression are common as well, as teens move from being little girls to adult women. They are forced to figure out who they are, who they want to be, and what façade they want to present to the world.  Not only are they becoming an adult, and putting away the accouterments of childhood, but they are exploring their own sexuality.  And in the meantime, they must grapple with their relationship with their parents, who still see her as a little girl.  The breadth and depth of the emotional changes can be overwhelming.

Social life is paramount but perilous

Although many mothers can remember the ups and downs of teen social life, none of today’s moms are old enough to have grown up in the spotlight of social media.  All the same, pressures faced by teens for generations are still there. Peer pressure is as insidious as it ever was, and every girl craves acceptance by boys and girls alike. The shifting sands of friendships can prove baffling and depressing, and the “mean girl” phenomenon is alive and well. But imagine all these same battles being fought in front of everyone, all the time. Social media magnifies every interaction and broadcasts it for all to see, not just the participants. Girls who don’t engage in social media risk complete ostracization from their peers, but girls who do are constantly and relentlessly at risk of misstepping and torpedoing their social lives.

Teen girls are not doomed to a miserable adolescence. There are a variety of ways to help them cope with these problems.

Teens who have open lines of communication with parents or other close adult friends or relatives are invariably happier than those who don’t. Parents and other caring adults should make every effort to offer opportunities to talk about everyday problems and feelings. It’s important to listen actively and seriously without judging, even if she cares to sound trivial to adult ears. Try to reassure her that everyone she knows is also having the same issues, even if they seem entirely self-confident from the outside. Many parents find the best time to have an open dialogue with their teens is while in the car; the lack of face-to-face exposure gives kids a freedom to be open and honest. Don’t feel compelled to offer advice so much as listen and commiserate.

As girls’ bodies grow and change, they can feel trapped inside a strange and unfamiliar shell. Girls who exercise or develop a physical talent are far less likely to have low self-esteem or nearly as many worries about their physical appearance. Girls who can take ownership of their new bodies are much more comfortable in their own skin. Many teen girls who take classes in martial arts or any type of self-defense report they feel much more self-confident as a result. And although it can be tricky to talk to girls about eating habits, balanced and healthy meals will not only make her feel better physically, but it might help her skin look better, too.

Teen girls can become a little obsessed with themselves, their appearance, and their own social lives. But girls who volunteer in some capacity move that focus from the mirror to other people. Time spent at a food pantry, an animal shelter, or a political campaign can help them see that their appearance is far from the most important thing they have to offer the world. Girls who volunteer learn that their actions have much greater value than their looks. This translates to increased self-confidence and happiness.

Teen girls emulate the other women in their lives while they are forging their own identities. Fill their world with accomplished female role models and they will imitate them and their choices. But if left to their own devices, teens can fill their world with social media starlets whose entire worth is based on appearance, leading young girls to feel the same. Show your teen a community of women whose achievements are based on hard work and compassion and she will strive to follow in their footsteps.

Being a teen girl has never been easy.  American society places enormous pressure on young women to meet unattainable and narrow standards of beauty, just as their bodies are growing and changing in ways beyond their control. Emotions run high as they navigate the charged atmosphere of relationships both platonic and romantic while always under the 24/7 gaze of social media. But they can find a way through these years. Girls need a safe place to talk in order to avoid feeling isolated with their problems. They need to take care of and take charge of their bodies so that their physical self is an asset and an ally, not scary and foreign. And they need to find other people both to take care of and look up to, to help them pull their gaze outward instead of inward. The teen years may feel like an eternity, but in a few short years, she will be a grown woman. Help her be ready to show the world all she has to offer.

To visit our Hypnotherapy Sessions Enter Here
To Book An Appointment with Lazzaro Pisu Call: 604 202 7938