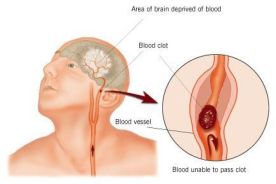 The Case for Hypnotherapy as an Aide to Stroke Rehabilitation

“I am not what happened to me, I am what I choose to become” Carl Yung

The victims of stroke consider themselves to be survivors because not everybody lives after the event. Currently, it’s reported that “one in eight people die within 30 days of having a stroke” which means that it’s vital that people receive the correct medical treatment as soon as possible afterwards, be under no illusions that this is a medical emergency. Here are some of the most common symptoms that people need to be aware of:

For the survivors of a stroke, they will need to address the many life changing differences after the event. Although the effects differ for each individual, depending on the severity of the event, the post-stroke changes will provide differing levels of difficulty and challenges which will stay with individuals for the rest of their lives. There are some external differences which are apparent to everybody, the most common being, an inability through to reduced movement in one side of the body. Whilst there is no doubts that this change provides extreme challenges for the individual this would seem to be the only the tip of the iceberg of transformation. Far from obvious to an outsider are the levels of tiredness and fatigue, of the pain and headaches, and of the changes to the individual’s emotional state ). These can come in the forms of anxiety, frustration, anger, depression and the difficulty in being able to control the feelings, often termed as “emotional liability” . This paper seeks to provide evidence of one man’s journey in rehabilitation, where small changes become major victories and the client determinedly seeks to unlock further physical movements into the future. For the main it is written in first person as I reflect on the journey, of both therapist and client. It is my aim to open debate to reveal best practice within the hypnotherapy community and publish shared experience into the future.

It’s important that I say that this article was written after a request from my client – he is passionate about recovery and wanted to assist generation of dialogue and engagement on this subject – my thanks to him for his continued courage and vision.
To visit our Hypnotherapy Sessions Enter Here
To Book An Appointment with Lazzaro Pisu Call: 604 202 7938

I first met my client when he was seeking to build a relationship with a new hypnotherapist, someone who wanted to assist him in the difficult journey of change. The goal for our future sessions would be to attempt to regain movements in the left-hand. Incidentally, the client had been paralysed on his left hand side. My client, at the time had been able to exhibit small movements in the fingers, similar to an idemotor response and rather than giving up, remembering everybody that time had told him not to expect any movement to return, he was simply determined and knew deep inside of himself that movement could return. This was evidenced by his having been told that it was unlikely that he would have ever walked again, but, with determination and belief he was indeed able to re-learn this function. Although I had never worked with anyone having survived a stroke before, I was determined, as I do for my clients, to do the very best that I could for them. The only issue in this case having done some background research, I discovered that the earlier treatment was started the more chance of rehabilitation being successful . Of course I was concerned because of the number of years post-event, it is reported that “neurological recovery peaks within the first three months”, nevertheless, I would do my very best and was hopeful given the sufficient evidence that neuroplasticity, the brain’s ability to build new synapses, and reconfigure the areas of the brain to take over from the damaged regions, could well see improvement happen. Just because 50% of the brain’s working areas were not working and other areas not working as they should, neurons were still being created daily and so synaptic plasticity could be relied upon. Of course the fact that my new client was indeed walking brought proof of this positive plasticity effect.

The first concern for me was how exactly how could I help? Having done some research on the internet I discovered a number of ways in which I should begin to explore and, as a result I developed a repetition of words to assist the synaptic plasticity process, words such as remembered, repair, renew, rebuild, recollect, re-strengthen and recall. The methods used while in hypnosis were:

Reliving past events when the client had full function of the hand.
Visualizing future occasions with full hand movement.
Using subconscious indirect metaphors to promote repair of the synapses.
Visualization of numerous exercises to strengthen muscles and to help rebuild synapses.

By using the above techniques, and through the client’s attempted movements in hypnosis, and supported by contemporary physiotherapy techniques, there seemed to be a breakthrough at around the session 6 point (7 hours of therapy). Outside of the session the client was able to apply pressure that was to grip his wife’s hand. After 100% nil movement, for approximately six years, there was pressure, and this force was able slowly able to be applied. During the remainder of the sessions the main focus of work was to build upon this grip action. This action was able to be replicated and subsequently strengthened. This recovery profile seem to fit with Gilbert-Diamonds findings that the biggest change occurred between sessions 6 to 8 . From no movement in the left-hand, to slight grip pressure has occurred over a period of approximately four months. During this time the client was using also regularly using self-hypnosis to fully visualise the movements and to enable a deeper hypnotic state.

Following a period of reflection and review of progress, and having renewed our arrangement for another eight sessions I was hopeful that we could get the grip action strengthened, and yet the client had other goals and expectations. Having been told by his physiotherapist that the grip action was the ‘easier’ hand action to achieve it would be relaxation and stretching of the hand that would pose him the greatest difficulty and may not be achieved and in fact the physiotherapist was overall skeptical regarding the hypnotherapy intervention. With his usual determination and courage my client decided that this was a challenge he was willing to take! In these next sessions we discovered that the client’s love of snowboarding could and should be utilised as often as possible. Whenever there was a memory or visualization it was always the adventure of the Alpine mountains which the subconscious mind would willingly bring to the fore. Coupled with the use of the earlier techniques, past memories of snowboarding, indirect metaphor to allow the rebuilding and renewing of the synaptic highways another breakthrough was seen to have occurred, at around session 4 (total session 12). Relaxation and stretching movements have begun to be witnessed and although mainly associated with the left-hand ring finger and little finger there is also, currently, tiny movement of the remainder of the fingers. These movements were recorded, at the request of the client, so that the physiotherapist could review progress. From the original physiotherapy stance of prior disbelieving, the therapist is now fully supportive and the client continues to make small progress with each session. In addition, the client now uses an electronic device to generate electrical impulses into the muscles in order to strengthen them further to build upon the extensor movement generated by overcoming the stronger flexor muscles that the client can’t explicitly relax – this in turn aids the neuroplasticity process.
To visit our Hypnotherapy Sessions Enter Here
To Book An Appointment with Lazzaro Pisu Call: 604 202 7938

Hypnotherapy has been used as a method to support a survivor of stroke in his journey to regain some movements in his left hand, which previously had not been seen in six years. Through the belief of both therapist and client in the process of neuro synaptic plasticity, the client has developed a sense of grip, identification and relaxation including extension of the hand. This has been enabled through determination, belief and identification of the client’s most vivid and enjoyable memories and future pacing of movements, something which Gibert-Diamond (2006) has also showed to have brought successful outcomes. As an observation, the client’s grip action has now become expected in session, and as a therapist and client we forget that it was only until recently that this movement had been regained. In terms of benefit, it is my belief that through the use of hypnosis, the client has seen an increase in motion, in strength and has greater motivation for future beneficial change. Gilbert-Diamond’s hypothesis was that “a hypnotic procedure may counteract learned non-use of the paretic limb after stroke” in terms of empirical evidence, I would state that I fully support his hypothesis.

There is no doubt that it has been the hard work of the client which has seen the small movements return. No single procedure, profession or act has enabled the change but more so all the support techniques and activities working towards a common goal has helped a survivor to conquer some of the challenges which he faces daily.

I hope to continue to work with my client and other survivors into the future, those who could well benefit from hypnosis to aid the rehabilitation following a stroke. Neuroplasticity in action is an amazing phenomena which can be emotional for everyone concerned. I welcome debate and the opening of dialogue into best practice in hypnosis for stroke rehabilitation techniques.


You can also visit: http://www.naturalhealing-clinic.com